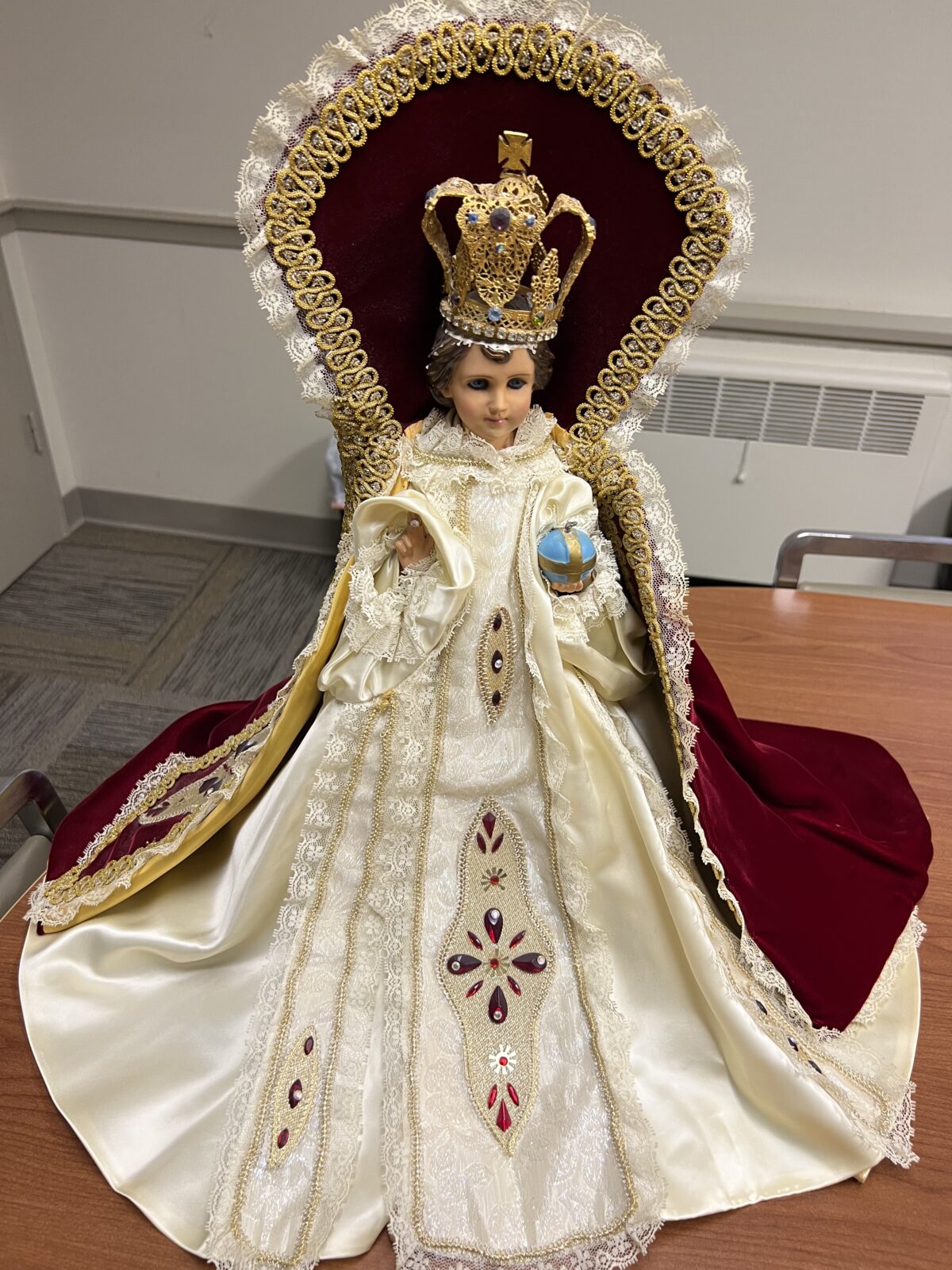 It was a little painted statue and stood a foot and a half high, was dressed in exquisite court dress, and cherished as an heirloom wedding gift. It came from Spain during an early spread of devotion to the Christ Child.

In the 17th century, a Spanish noblewoman named Isabel Manrique gave this little statue to her daughter Marie when Marie married a Czech noble. Marie gave it, in turn, to her own daughter Polyxena when the later married.

Polyxena treasured it for many years, but at last gifted it to the Carmelite monastery of Our Lady of Victory.

Shortly afterward the Czech kingdom was invaded by the Saxons, forcing the Carmelites to flee their monastery. The statue of the Christ Child, damaged and tattered was left behind in the ruins of the church.

Ten years later in 1638, a Carmelite priest found it. He took it to his church in Prague and displayed it by the altar.

Suddenly, as he knelt in prayer before it, the statue spoke, saying: “Have mercy on me and I will have mercy on you. Give Me My hands and I will give you peace. The more you honor Me the more I will bless you.”

After this, many miracles were reported to have been wrought through the statue and devotion to the Christ Child increased all the more.

Many saints, such as Therese of Lisieux and Francis of Assisi, were greatly devoted to the Infant Jesus. Nurture love for the Child Jesus in your own home. 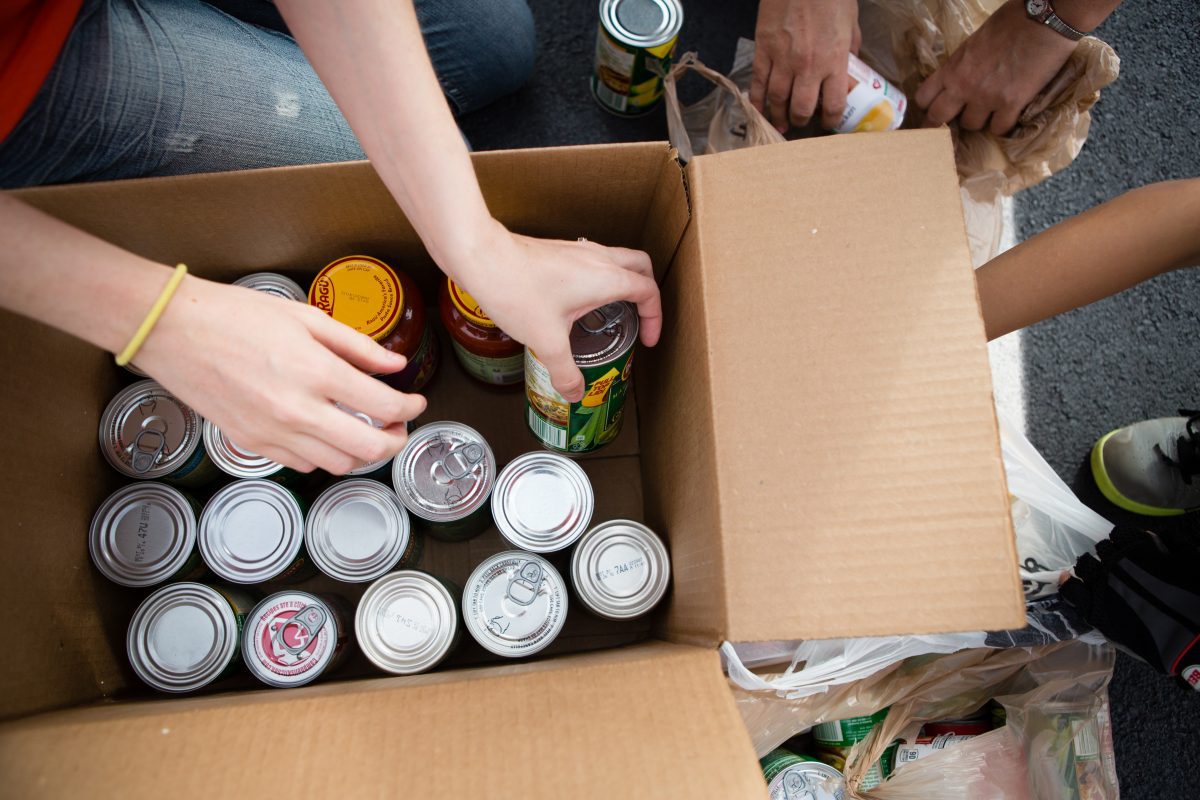 Mary’s Helpers was established in 2008 under the supervision of Sister Sue Ann Steves.  Over the years the Food Pantry has established relationships with PA State Medical Center,  and other charitable organizations.

The Food Pantry, Mary’s Helpers, purchases their food supplies from the Central PA Food Bank and receives donations from Prince of Peace Parishioners,  Matthew-25 Grants via the Diocese of Harrisburg and the United Way.  PA State Medical Center and the Central PA Food Bank hold classes to assist the needy in the area with dietary needs, blood pressure screenings and “Flu” shots. We rely on our dedicated volunteers to give assistance to the Food Pantry and to our Chairpersons.  Our volunteers are dedicated to the Food Pantry which Sr. Sue Ann Steves established and will continue to be of service to our local community.

will be open on the following dates in